Born in Germany, at an early age Eugene was he taken by his father and brought back to Russia to learn the family trade of tannery. After returning to Germany, he would soon leave again, this time to America to escape the kaisers military draft. He first went to New York City before settling in Chicago to start the Eugene Dietzgen Drafting Company.  He was heavily influenced by one of is fathers favorite philosophers, Karl Marx.

A friend of mine’s grandfather worked at the company and I was asked to make a painting for his daughter. It’s located in Lincoln Park near DePaul. 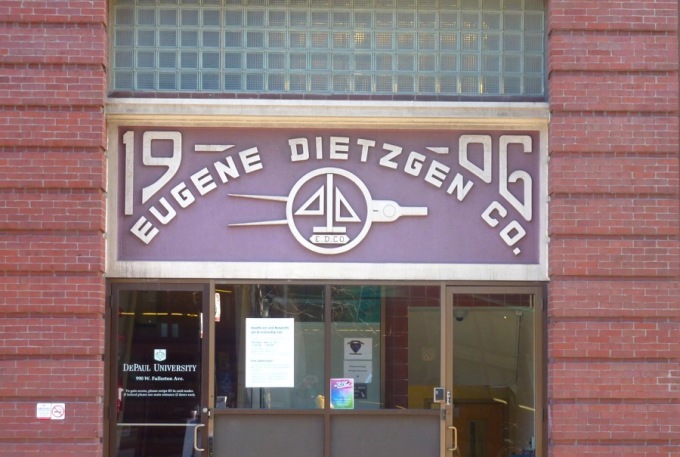